After once again the Destiny community into frantic disarray, the final stage of the quest revealed itself the following reset – simply giving Banshee-44 a period of time to process his thoughts will allow you to head off in search of the final piece of the puzzle – the weapon frame.

A quick – albeit painful – trip to a light level 280 version of the FALLEN S.A.B.E.R strike will grant you your frame, and taking it back to the Gunsmith in the tower will reward you with this heavy portable antimatter cannon.

So how does it do?

Regardless of the qualms people might have about the anticlimactic nature of the quest line, the Sleeper Simulant is a portable railgun with sensational burst potential, firing only one bolt instead of several. The charge time is at the higher end of the spectrum, but landing a strike to the soft spot (or even the body) will produce quite devastating results on most enemies, champions or otherwise.

With white damage hovering around the 14k mark, critical damage will be more in the 18k range, and introducing the Nightstalker’s special debuff into the mix will see Guardians peaking at 20-22k before upgrades. After obtaining mine, I headed into a strike playlist and faced the Restorative Mind. My teammates had theirs too. After the opening of the fight where it traveled from the middle, it took only one more cycle before it blew up – the Hydra didn’t even get a chance to spawn.

Having a range stat on the weapon seems redundant – with few exceptions, you can land a headshot at full damage on any enemies at any range, which is kind of what you’d expect from a high-powered bolt of antimatter. That opens up discussion about a few drawbacks, however – notably the aim and the magazine size. The lengthy charge time gives enemies plenty of time to avoid your shot, but even so, lining up a headshot is never guaranteed – the aim is a little less grace-giving than it’s been known to be, leaving you firing a devastating charge into thin air. Factor in the clip size of 3, and the issue is compounded. 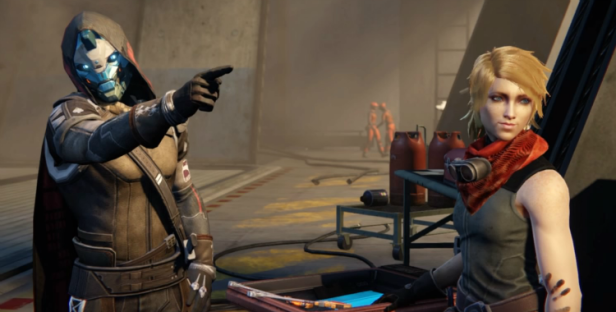 What about the bouncing projectiles, you ask? Not quite fit for purpose, unfortunately. If you came into The Taken King with Hard Light like I did, then you’ll have enjoyed the wall-bouncing mayhem before swapping it for a better model. If you’re expecting the same kind of thing here, you’re going to be disappointed – the projectile is almost too quick to observe, and with the wide open spaces present throughout many of Destiny‘s strikes and raids, you’ll be hard-pressed to land a shot from off of a wall. These bouncing shots don’t home in on targets, so you might need to bring out your protractors or have an exceptional stroke of luck to see it happen.

It seems a shame to review such a lore-intensive weapon such as this with an air of detachment, but the hype which Bungie built and the incredible effort of the community in attempting to find clues was met with a quest which, with timing, can be completed in a matter of hours. Compare this with other exotic weapon quests this expansion, and you’re left with a sour taste. On it’s own merits, however, it can definitely vie for a place in your arsenal over the elemental swords.