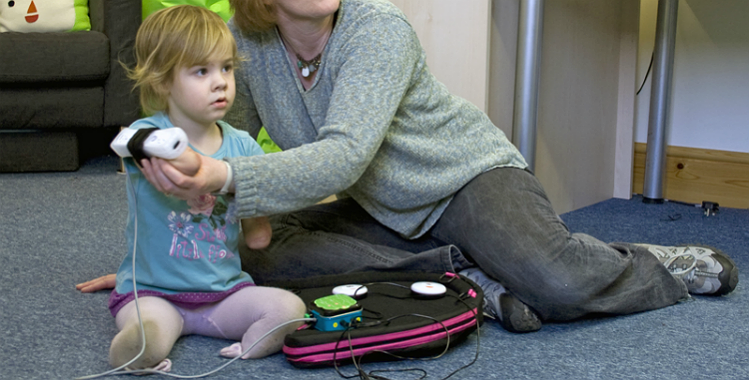 That’s where the charity Special Effect come in.

Special Effect are a charity based in the United Kingdom who serve two purposes, according to their head of web and communications Mark Saville.

“Our profile has really shot up over the past year,” says Saville, “and we’ve had a lot more enquiries abroad, like in the US. Someone with one arm would contact us asking what the best controller to buy is to play video games, so we would help them out with that.” 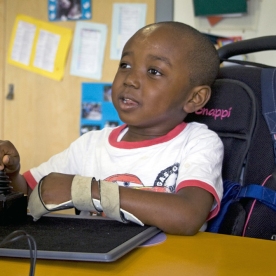 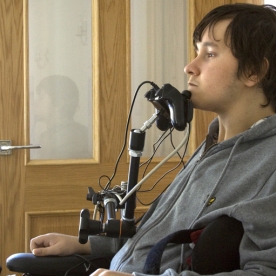 The company has a small core staffing group, and find themselves helping people all over the country. Based in Oxfordshire, the organisation often visits people repeatedly to deliver and retrieve equipment time and again. “The team we have is pretty stretched,” according to Saville.

“We usually loan the equipment out to people, free of charge, and then go and collect it if needed. We’ve been back to places 5 or 6 times.”

“We cover the whole of the UK, and sometimes out of the UK as well – places like Italy for example.”

Special Effect offers equipment which has been engineered and adapted to better suit the needs of those that reach out to the organisation. These can range from simple straps that holster motion sensitive controllers to introducing whole new technologies that help people overcome the boundaries that hinder their enjoyment of video games. The cases are treated on an individual basis, and the team do everything possible to improve the user’s quality of life.

One of the most impressive pieces of technology is the Eyegaze system. As the name suggests, by utilising eye movements, an infrared sensor is able to detect the motion of the eye and convert it into mouse movements, which opens up a whole world of possibilities for people with conditions such as locked-in syndrome, motor neurone disease and muscular dystrophy.

“Eyegaze control gives people a degree of independence, not just with video games – it gives people access to things like emails, the internet, and really just improves their quality of life.

“That’s really what it’s about, at the core – it’s all about improving quality of life.”

With a wide scope of games on the market, you might be forgiven for thinking that Special Effect would aim to help by offering support for games with easier mechanics to overcome. This is not the case, according to Saville, as the AAA titles are often the most requested.

“It probably won’t surprise you if you’re into games, but people contacting us want to be able to play games like Call of Duty, FIFA, Grand Theft Auto, that kind of thing. These games are really motion centered, so we do everything we can to allow people to play them.”

“People contact us and they say we need your help – we just can’t say no.”

“One of the people we’ve helped – Lee – he really wanted to play GTA, and I think what he said describes our work better than we ever could.”

Lee lost the ability to play video games, a massive part of his life, due to the effect of spinal muscular atrophy – a disease which causes muscle weakness and the progressive loss of movement. “I didn’t think I’d be able to play GTA because of my limitations,” according to Lee.

“But there are no limitations anymore. With games I can do the things I can’t do because of my disability.”

“I can play football with my brother by playing FIFA, or drive cars.”

The work that the charity do is life-changing for those that see their disabilities as a barrier to enjoying video games, and, being a charity organisation, the work they do is fuelled by donations.

“It can be difficult sometimes with the bigger organisations,” according to Saville, “because of this view of gaming being just for fifteen year old boys, and when you’re talking about it you get the predictable look in the eye that you’ve lost them.”

The gaming community has rallied in support of Special Effect, however, and has helped to keep the effort going.

“I mean, we would get gamers saying ‘here, have a fiver because I can’t even begin to imagine not being able to play my Xbox’, you know?”

“We’ve been humbled and blown away by the gaming community.”

Charities like Special Effect are working tirelessly to change people’s lives on a daily basis, and often go under the radar. Jagex, the company that produce the web-browser based MMO Runescape, introduced a charitable entity in their game called the ‘Well of Goodwill’, in which players can donate their virtual gold. In return, Jagex donate $1 for every one-million gold donated spread across a number of charities, including Special Effect.

The hard work from charities such as Special Effect cannot continue without your help. If you can, head over and donate to the cause – and don’t forget to like them on Facebook and follow them on Twitter.